Mountain biking is a growing sport globally. Unsurprisingly, there is also an expanding list of events to promote this competitive cycle sport. Among others, one of the most popular of this kind is the UCI Mountain Bike World Championships. It is organized by the Union Cycliste Internationale, which is the global cycling governing body. 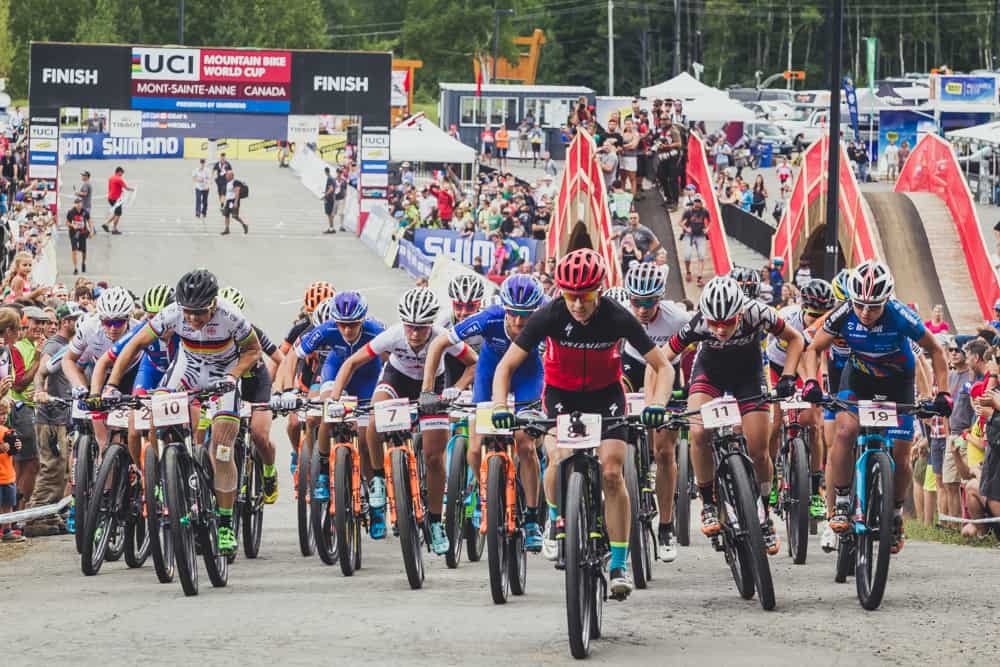 To qualify for the race, the participants have to be selected by their national cycling federations. The cyclists will be wearing their national jerseys and not their sponsors. Each country will have their respective requirements for cyclists to qualify. The UCI points of one country will dictate how many candidates it can register for the event. Extra slots are awarded to continental and outgoing world champion.

This event is not to be confused with the UCI Mountain Bike World Cup.  The two are hosted by the same organization and that you can see familiar faces in both the competitions. The World Championships is a single race. This is against the World Cup, which includes a series of races that happen during a season. This is an all or nothing event. 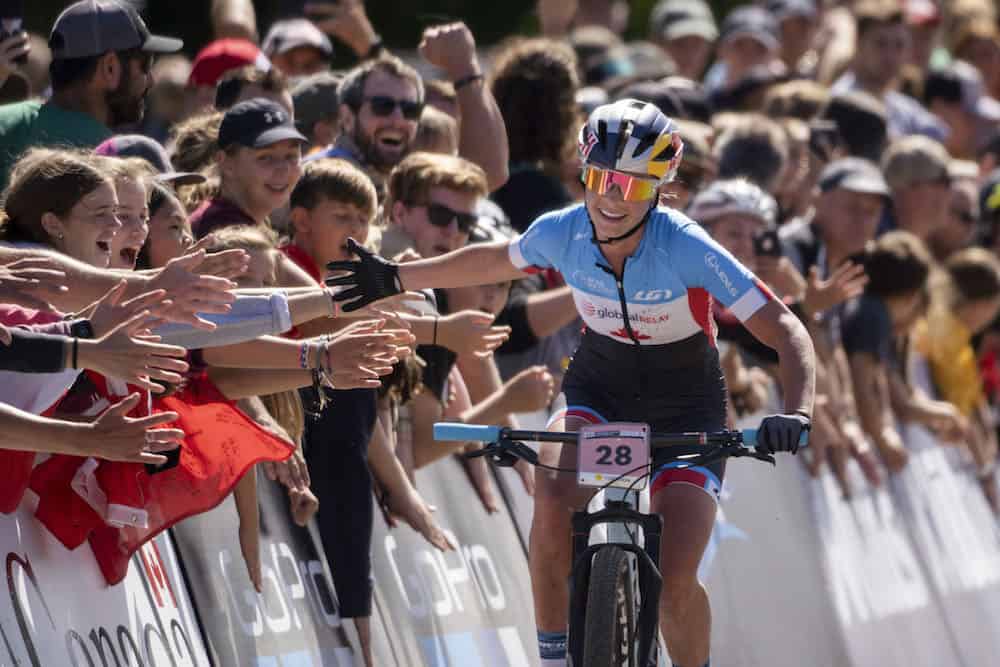 The first UCI Mountain Bike World Championships happened in 1990 in Durango, Colorado in the United States. At the time of its establishment, it features only two disciplines – cross-country and downhill biking. Races in other disciplines were hosted by the UCI Trials World Championships. In 2014, it was held in Hafjell and Lillehammer, Norway.

Now on its 31st year, the event has been held annually and hosted by other cities, such as Italy, Canada, France, Germany, Czech Republic, Norway, South Africa, Australia, United Kingdom, and New Zealand, among others.

While it started with just cross-country and downhill races, through the years, other events were added. Today, it is a multi-discipline race that comes with different categories, such as Elite and Junior. There is also an Under-23 race.

This year, the main sponsor for the event in Mercedes Benz, which also provides mobility solutions to the participants. Tissot is another major sponsor, specifically for providing timing and results. 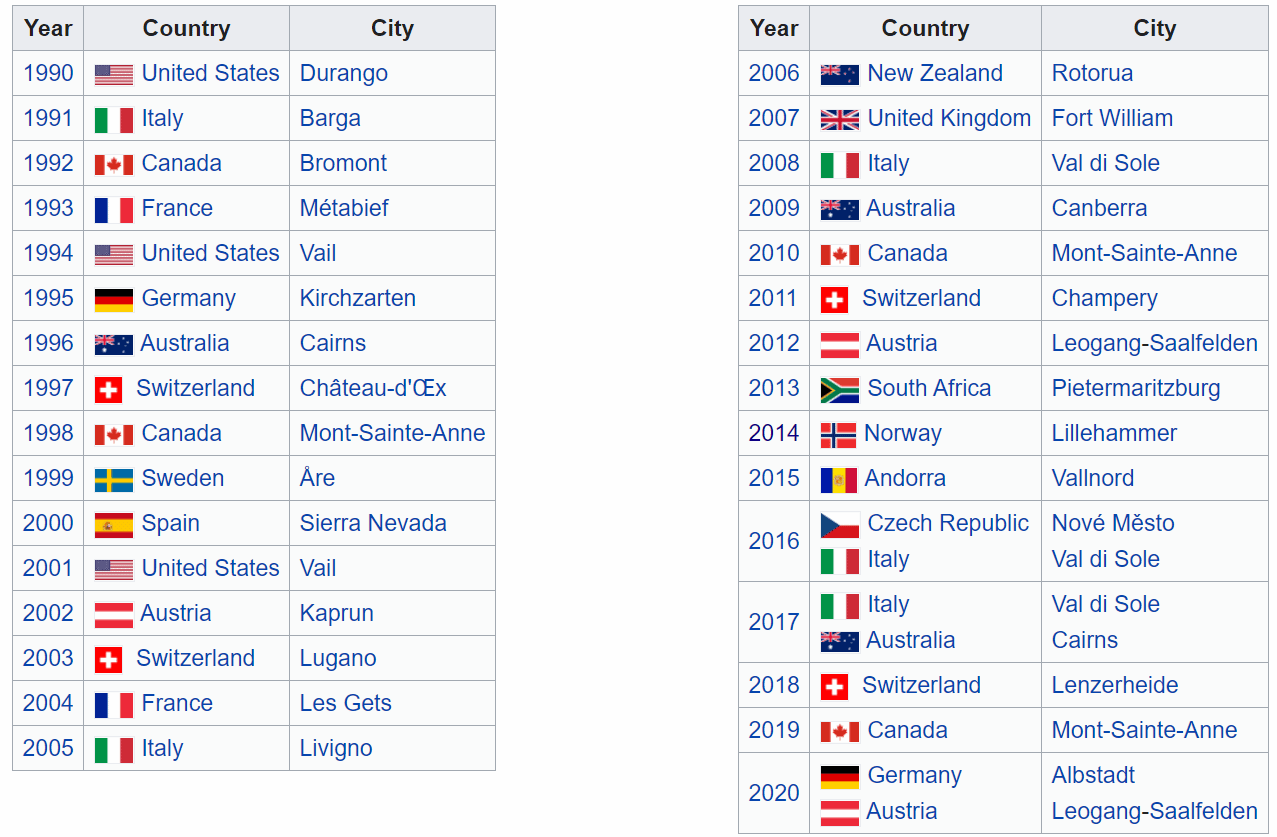 As a premier mountain biking competition, UCI Mountain Bike World Championships covers a wide array of events, including those briefly mentioned below.

Since the UCI Mountain Bike World Championships establishment in 1990, this has been one of the original events. Since 1996, cross-country has also been a part of the Olympics and remains to be the only biking event in such. Aside from men’s and women’s, the race also includes junior, elite, and under 23.

Similar to cross-country, this event has been a part of the original UCI Mountain Bike World Championships. It also has men and women categories, which are further divided into elite and junior. There is no under 23 in this category.

This is a new category added to the event, with categories for both men and women. With the growing popularity of electric mountain bikes, it made its way to the race. This is only the second year wherein electric pedal-assist mountain bikes are used in the event.

Participants of the UCI Mountain Bike World Championships have one goal – to take home the coveted rainbow jersey. Each discipline covered in the event will have three winners – gold, silver, and bronze medalist. In each discipline, the winner is entitled to wearing the valuable rainbow jersey in the same event next year. This is the best way for winners to show off their achievements!

The first recipient of the rainbow jersey was Ned Overend from the United States, who was also called Deadly Nedly. Overend was known as an exceptional athlete, even if it was only in 1990 that we received the rainbow jersey. In the following year, he went home only with bronze. In the same year that he won gold, he has also been inducted to the Mountain Bike Hall of Fame.

UCI Mountain Bike World Championships in the Time of Pandemic 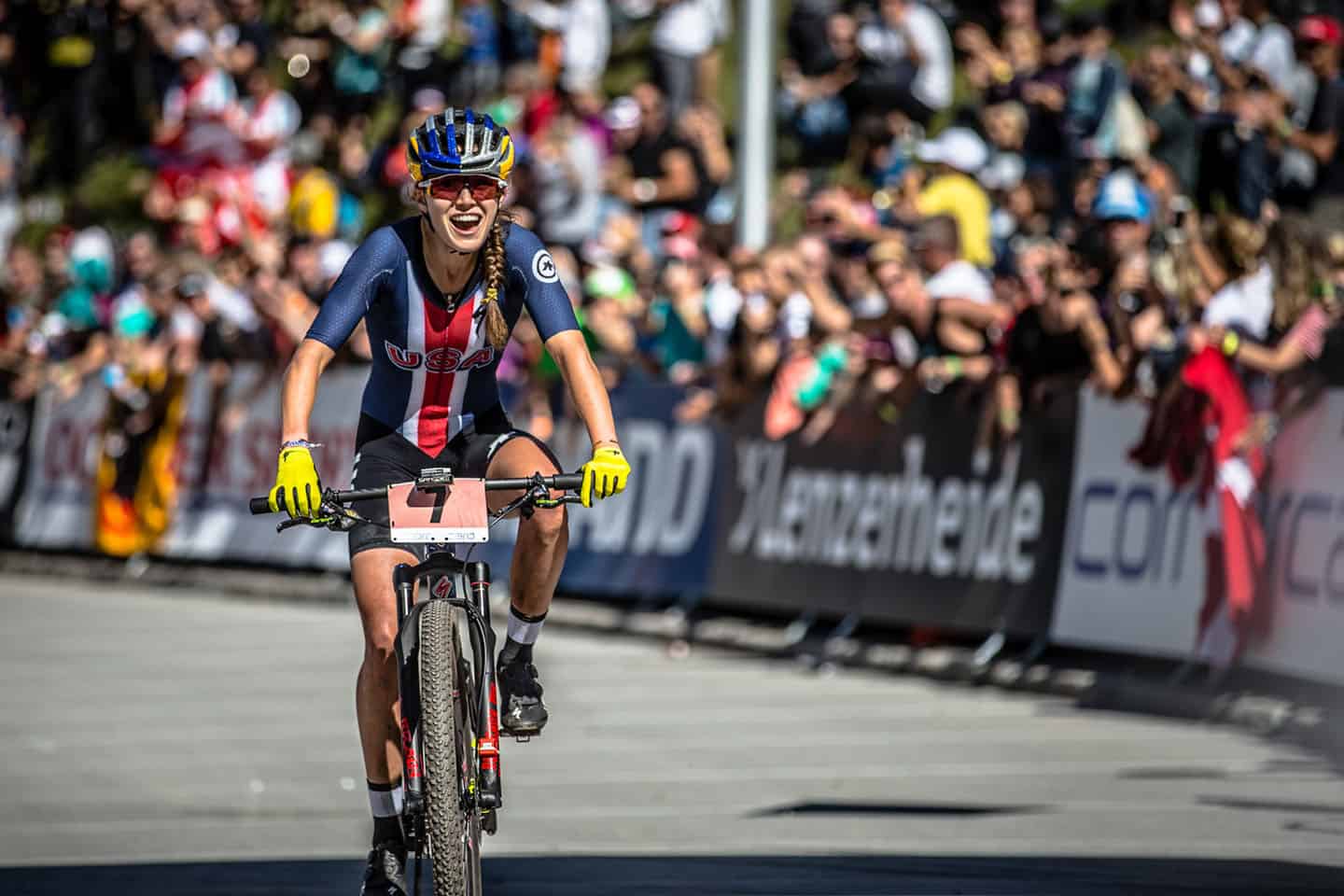 Undeniably, COVID-19 resulted in several pushbacks in sporting events, and that does not exempt the UCI Mountain Bike World Championships. Originally, this year’s event was supposed to take place in Albstadt, Germany last June 25 to 28. It was initially scheduled on those dates to avoid overlapping with the 2020 Olympics in Tokyo.

In this year’s event, it was mandatory for participants, representatives, and organizers to have a mandatory negative test result at least 72 hours before the event. Contact tracing forms were also provided. Social distancing measures were imposed and hand washing and sanitizing areas were installed in the event locations. Bubbles were also created. These were groups of people who work together and cannot mix with other groups. For instance, teams are not allowed to interact with members of the media to limit physical interaction and potential spread of the virus.

This year, the event took place in Leogang, Austria from October 5 to 11. This is the second time that Leogang hosted the event, with the first time being in 2012. The organizers made sure that there are proactive measures to ensure the health and safety of the participants and organizers. If there’s one thing that makes it different from the previous championships, it would be that there is no audience this time, which is a part of strict health protocols.

In mean time, you can try following bikes like best mini exercise bikes and best recumbent bikes for seniors while waiting for next year event!

How to Watch this event live 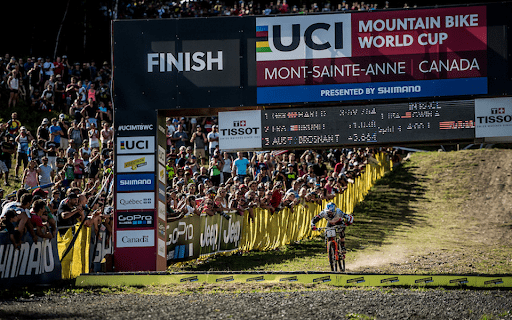 With no lives events this year, the organizers made sure that you won’t be missing on the action. All the races have a live telecast at RedBull.TV, which is the race’s official streaming partner. Olympic Channel also shows the event. More so, if you have NBC Sports Cycling Gold Pass, you don’t have to miss out on the action. For updates, news, and recap, visit uci.org for more information about the event, including the list of winners in different race categories.

Here are full list of sites where you can watch the event live:

In sum, the UCI Mountain Bike World Championships is one of the most exciting events for mountain biking enthusiasts. It may be a little different this year, but it did not dampen the spirits of participants and fans from all over the world!