An Italian track and road racing cyclist, Marta Tagliaferro is one of the biggest names in women’s cycling  who retired in 2020. After spending 13 years in professional peloton, she called it quits last year. Before her retirement, she has accumulated notable victories and built a reputation that is hard to match by any other cyclist. Keep on reading to know more about her life as a pro biker. 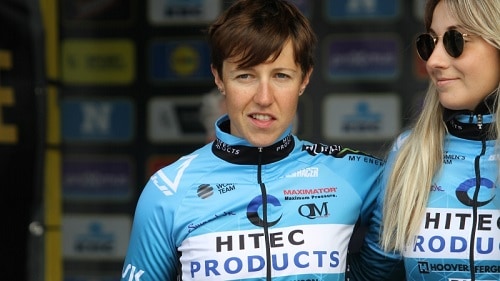 Through the years, Tagliaferro has been a part of different teams, which has honed her prolific career. She started with Cycling Team Titanedi in 2008. The latter is a group of Italian cyclists who have competed in prestigious races in and out of the country.

She moved to Gruppo Sportivo Fiamme Azzurre in 2009, which is the sports group of Italy’s police force.

A year after, she had another team shift. This time, she was with the Gauss Rdz Ormu – Colnago, which was another Italian cycling team.

By 2010, she became a part of Top Girls Fassa Bortolo – Ghezzi, which was also based in Italy.

For the first time in 2017, she moved out of Italy to join Cylance Pro Cycling. She stayed with the team for two years. Eventually, the team had to dissolve in 2018, and she has to find another group where she can showcase her talent and hone her skills.

Tagliaferro joined Hitec Products – Birk Sport in 2019. This is a Norwegian team that has been joining elite women’s races globally. She was with the team for two years. However, in 2020, she announced her retirement, ending her 13-year career.

Since she started cycling, Tagliaferro has been making a name for herself. Below, we will have a year-by-year look at the victories that brought her to where she is today.

The following year was a bit lackluster. Her only victory in 2008 was her third place finish at the UCI Track Cycling World Cup Classics.

This year, she was in first place at the UEC European Tour Under 23 Track Championships. She was also ninth place at the Novilon Eurocup Ronde Van Drenthe.

The following year, she was second place at the National Track Championships.

On this year, she was a part of Trophee d’Or Feminin and placed third overall.

It was another year of consistent victories for Tagliaferro. She was first place at both Omnium and Team Pursuit.

While she did not have any first place finish this year, she was third at Stage 1 Ladies Tour of Qatar and fifth at the Stage 1 Tour of Chongming Island.

Her most notable victories this year were her first place finishes at the Stage 5 Gracia Orlova and Stage 2 Tour de San Luis.

Before her retirement, she had an impressive performance at the Stage 1 Czech Tour and Salverda Oomlop van de IJsseldelta, where she both won first place.

After building a prolific career for 13 years, Marta Tagliaferro has retired in 2020. Nonetheless, her exit from the sport does not mean that she will be forgotten. Over the years, she has been a part of cycling teams from different countries and won several tournaments, making her an elite athlete that will be forever remembered by her fans.