Born on May 3, 1984, Marcella Toldi is a Brazilian cyclist. While she is not as popular as many of her contemporaries, she has represented her country and team in several tournaments and made some notable wins. She joined the Cylance Pro Cycling Team in 2018. The team dissolved on the same year. Read on as we briefly talk about some of the victories of Toldi in her racing career.

Teams Through the Years 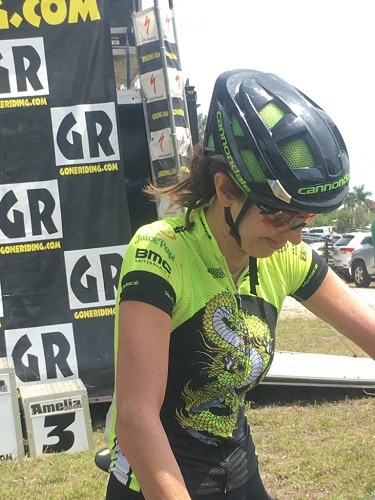 From 2001 to 2009, Toldi was with FAAP Aventura and Atenah cycling teams. During her time with the latter, she has been actively participating in local and international mountain biking and adventure races. For years, she stopped participating in tournaments. It was in 2017 when she finally returned to what she loves best and became a part of Lulufive cycling team. A year after, Cylance Pro invited Toldi to become a part of the team for one season in Europe.

While she had a couple of notable victories in recent years, in this section, our focus will be the most important tournaments where she made an impressive performance.

She won first place in this competition. The race features stunning and steep climbs. It is a tough event that tests the endurance and stamina of some of the best riders in the world. This was the Brazilian’s first race in Europe, which made the victory sweeter. She said that she was scared during the competition because she has not done anything similar in the past decade.

In the third year of L’etape Brasil, Toldi has conquered the women’s division. With a challenging course and intimidating competitors, Toldi noted that she was nervous during the race. Thankfully, she had the fantastic support of Brazilians who were rallying for her victory. Since the race’s first edition, it has grown into the largest of its kind in Latin America, so a win in this event is sure to make a cyclist like Toldi more popular.

This was the first edition of the GFNY race in Brazil, and Toldi won first place. She was a part of Lulufive at that time. Their team have conquered the women’s podium, beating hundreds of athletes from other groups.

A Member of Elected Rider Council of The Cyclists’ Alliance

More than her professional victories in cycling, Toldi has also been named as one of the members of the Elected Rider Council of the The Cyclists’ Alliance. The latter is a women’s cycling union with ten members, who are athletes from different countries. They meet once every six weeks to talk about plans to bring the sport forward. Toldi was one of the representatives for cross country and marathon mountain biking. Even before her membership in the council, Toldi has already been active in promoting cycling in her country, aiming to bridge the gap between Europe and Latin America.

Historically, Brazil does not seem to be getting enough representation in global cycling events. Toldi is one of the athletes who changed that. With her wins in the previous years, she has proven that she is a name to be feared in every race.