Despite her young age, Kaitie Keough has carved a name in the world of cyclocross and road bike racing. She has won several national championships. As a cyclocross racer, she ranks next to Katie Compton. Keep on reading and we’ll have a quick look at the highlights of her career.

Born on January 1, 1992, Keough is from Racine, Wisconsin. Aside from cycling, she also raced on the track. As a kid, she was already cycling at the Washington Track Velodrome at five years old. This has exposed her to the world of biking at a young age, which contributed to her success in recent years. Keough married a professional cyclist.

As a professional racer, she was a part of the Twenty16 -Ridebiker Team in 2016 and the Cylance Pro Cycling Team in 2018. She also had World Cup appearances, which were instrumental in making her a name to watch out for in global cycling. As a pro, she has been traveling between Europe and the United States to participate in different prestigious races.

One of her career’s highlights was her first place win at the United States Cyclocross National Championships in Bend, Oregon. Meanwhile, in 2011, she had her victory at the Stage 3 of the Mount Hood Stage Race. She was also the US representative at the 2011 UCI Cyclocross World Championships in Germany.

One of the highlights of Keough’s career was her move to Europe. After several travels to the continent to compete and train, she decided that it was time to make it her home base. In December 2019, she moved to Sittard. Netherlands with her husband. There, they had an apartment near USA cycling facility. She rented a motorhome and made frequent trips to Belgium for the World Cup. It was an adventure she embraced, and proved to be helpful in building a more prolific cycling career.

Despite everything that happened to her in Europe, she eventually returned to the United States. Her return was for the Lakewood Nationals, wherein she ended in fifth place. Eventually, she had to go back to Europe in time for the Namur World Cup.

Other Things about Kaitie Keough

We went through some of Kaitie Keough’s previous interviews, and below were some of the highlights. 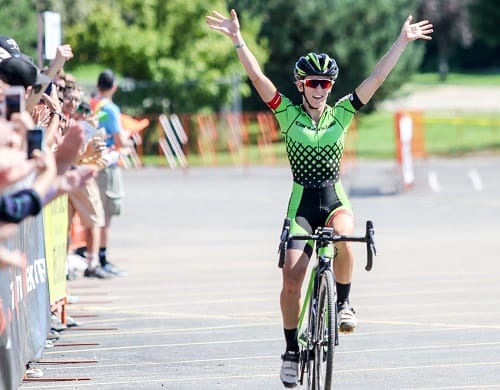 Like other athletes, Keough follows a strict routine as a preparation. Aside from reading entertaining books, she also meditates to prepare herself physically, mentally, and emotionally in the demands of a race. She also visualizes the technical features of the track so that she knows what to expect on the big day.

Growing up in a typical Midwest town, Keough has participated in almost any sport she could. She was always outside playing, until it was time for dinner. She played with her small group of friends. Her experiences in other sports helped in instilling a discipline that is necessary for the making of a global athlete.

In one interview where she was asked about where she can see herself in the future, Keough notes that she expects to be managing their rental properties. She adds that she has always dreamed of managing a farm, which she also describes as the life she wants with her husband.

Kaitie Keough is a prolific cyclocross and road bike racer. She traveled and trained between the United States and Europe. Even as a young girl, she has already been biking, which she credits as a big help in her professional career. Unsurprisingly, she had World Cup appearances and is regarded as one of the country’s best cyclists.