A trike or tricycle is a human-powered three-wheel vehicle. It works very much like a bike, but the main difference is that the latter only has two wheels. A trike is bigger, which also makes it harder to maneuver, especially when you are in tight spaces. Nonetheless, it is good for those who do not have a sense of balance or if you need to carry a lot of things that you cannot haul in a bike.

The tricycle history is long and colorful, much like that of the bike. While the most important design element is that it has three wheels, it has evolved through the years to come up with the look that we are familiar with today. Keep on reading as we look at the history of tricycle and understand its evolution through the years.

Who Invented the Tricycle?

Stephan Farffler, a German, was credited for being the inventor of the tricycle. As a disabled, he was constantly looking for mobility solutions, which will make it easier for him to move from one place to another. Being a watchmaker, he knew how hand cranks worked, and this was what fueled the movements of the first trike invented.

A Brief Timeline of the History of Tricycle 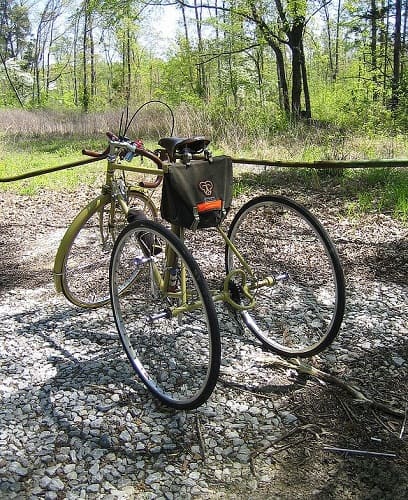 Below, we’ll talk about some of the most significant years in the evolution of a tricycle carriage. While the initial design also had three wheels, after many years, the trike has evolved a lot to offer a combination of form and function, until it has been what we know it today.

This is the year when it all started. As noted earlier, Stephan Farffler was credited for being the inventor of the tricycle. He created a three-wheeled and hand-powered vehicle to make him move easily as he was disabled. The hand crank and the gears, inspired by the design of the watches he was making, propelled the movements of the bike.

Blanchard and Maguier, two inventors from France, introduced an iteration of the German-made tricycle from Farffler. The main difference is that instead of being operated through the hand crank, this model now comes with a pedal. This makes it closer to the more modern types of tricycle that most of us are familiar with.

At this point, the tricycle craze has been growing prominently in England. If you go online and search for old tricycle images, these are the ones that you will see – one with two small wheels on one side and a significantly larger main wheel. This was invented by James Starley and it was known as the Coventry Lever Tricycle. A year after, he has introduced the first rotary chain tricycle. This was considered to be the first generation of tricycles and widely credited for the modern designs that we can see today.

The popularity of the tricycle continued to grow in England. In 1879 alone, there are more than 20 types of tricycles that have been designed.

It seems like there is nothing that was stopping the tricycles from growing. In 1884, there were over a hundred designs and more than 20 manufacturers in England. Also, between 1881 to 1886, there was a lot more production of tricycles compared to bicycles. Nonetheless, because it was expensive, the use of tricycles was limited mostly to people who belong to the upper class. It is especially popular amongst women and other people who cannot ride high-wheelers.

There is another notable tricycle design introduced this year, which was called Humber Cripper. This was invented by Robert Cripps, a professional British racer. It is a more contemporary iteration compared to those earlier invented. It has two large wheels at the back and a smaller wheel at the center, which is what steers the trike. It came with solid rubber tires, making it easy to maneuver.

The Different Types of Tricycles 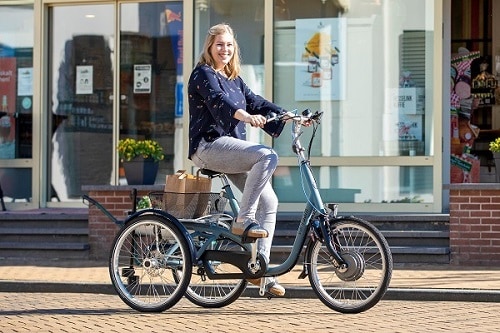 Now that we gave you a quick timeline of the invention of the tricycle as we know it today, this section will look at the different types available. Knowing these types will give you a better insight into how the tricycles have evolved through the years.

This one is designed not to be a main mode of transportation but as a toy. It is a great way to introduced kids to mobility, which can also be their gateway to learning how to ride a bike. The movement can trigger the front or rear wheels, depending on the specific design. It is often made of plastic since it is designed to be a toy and to support minimal weight. Some have convertible designs, so you can get rid of the side wheel to eventually convert it into a bike.

Popular in the Philippines, this is a mode of public transportation. This can also be used to transport cargo in short distances because it is motor-powered. This means that it does not take too much effort for the driver to propel the movements. It is basically an auto rickshaw. It uses a regular motorbike as the main vehicle. Meanwhile, on the side, there is an attached carriage with a seat for at least two people. The main design, however, can vary from one city to another. The exact origin is unknown, but some people were saying that it appeared after World War II.

The long history of tricycle is proof of how evolution made things better. From the traditional bulky and hand-cranked design of a German tricycle, it has significantly improved into a user-friendlier three-wheeler we are more familiar with today. The current design was not born overnight. Rather, it was a culmination of improvements and iterations from different inventors.