Bicycle motocross or BMX is a cycling sport that is recognized at the Olympic level. BMX Racing was first introduced in the 2008 Olympics while BMX Freestyle was recently added in the postponed 2020 Tokyo Olympics. It is one of the most exciting bicycle disciplines because of the different tricks pulled by the cyclist. Not to mention, it is also amongst the most dangerous because of the stunts.

In this short article about BMX history, we will examine how this thrilling sport started and how it evolved into what it is today. More than learning history, you will also know some important BMX facts. Read on and learn from the insights we’ll be sharing.

The History of BMX Started in California

It was in the late 1960s when BMX started gaining traction in California. This was inspired by the sport’s motorized version. If you go online and search “when did BMX start”, you will find mixed results with some people saying late 1960s and other arguing it started in the 1970s. Its roots were from off-road motorcycling, a popular sport where riders show insane stunts where they are riding motorbikes.

BMX as a discipline started because of playful kids. They have been watching motocross events and have grown loyal fans. They have imitated their idols but while using regular bikes instead. Within a short time, many kids were already using their bikes on dirt tracks and practicing stunts. They have converted their bikes and made it into BMX. It was first called pedal cross, and was eventually renamed BMX or bicycle motocross.

However, if you are looking for a specific person who can be dubbed as the inventor of BMX, then it would be Scot Breithaupt. He is considered a BMX pioneer and also the one credited for the introduction of the first BMX race. He was also the founder of the Bicycle United Motocross Society, which was recognized as the first BMX governing organization. He was initially the leader of the Yamaha motocross team

The Progression of BMX 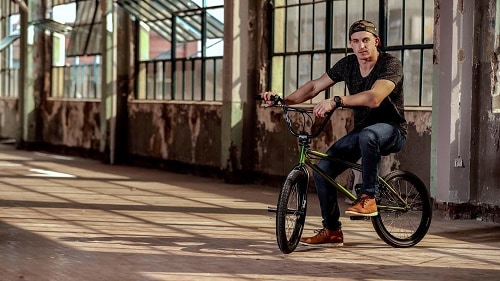 Below is a quick BMX history timeline, which will help you better understand the humble beginnings of the sport and how big it has grown in the present.

If there is one thing that put BMX into the spotlight, then it would be On Any Sunday. This documentary has introduced BMX biking to a larger audience. Directed by Bruce Brown, the film was 99% about motocross. The remaining 1% was about BMX and was surprisingly more than enough to popularize the latter. The documentary opens with a group of kids on their Schwinn Stingrays. It was even nominated for The Academy Awards as the Best Documentary.

Establishment of The American Bicycle Association

The Rise of the International BMX Federation

Founded in April 1981, this organization is another catalyst in the history of BMX. Shortly after its establishment, the first BMX World Championships was established. This made it more popular and gained worldwide attention from its humble roots in California. In 1993, BMX became a part of the Union Cycliste Internationale, cementing its recognition in the world of cycling. 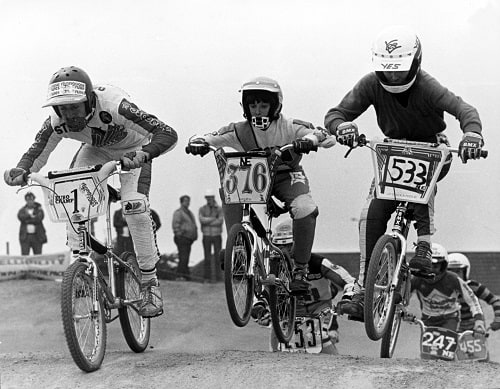 BMX racing history is largely influenced by motocross. This is evident on the track that is used for the race, which has a purpose-built single-lap off-road track. Even the gear worn by the racers are similar to those that you will find being used in motocross.

Compared to other BMX bikes, those that are used in racing have larger sprockets. It produces a higher gear ratio. In turn, the rider can pedal harder to gain more speed. In the 80s, however, BMX racing declined as BMX Freestyle started gaining popularity. Nonetheless, it resurfaced in the 1990s as a result of the efforts of passionate riders.

In the mid-70s, BMX Freestyle started making a name in San Diego. During that time, riders would be seen conquering concrete skate parks and reservoir channels. It instantly became a cool thing to do, and unsurprisingly, elevated BMX as a sport. Two of the names. Credited for its popularity were Bob Haro and John Swanguen. Since then, parks dedicated to BMX freestyle have sprouted.

Entry in the Olympics

Any sport becomes more popular when it becomes a part of the Olympics. This is the chance to conquer the global stage and reach a massive audience. Unsurprisingly, the Olympics have also been key players in the worldwide popularity of BMX.

The International Olympic Committee recognized the international character of BMX. In the 2008 Beijing Olympics, BMX was formally introduced. In the event, Anne-Caroline Chausson and Maris Strombergs took home the gold.

Meanwhile, it was supposed to be a part of the Tokyo Olympics in 2020, but as you probably know, the pandemic has delayed the global event. It would have been the first BMX freestyle discipline, but we have to wait a little longer until things become better globally.

BMX As We Know Today

Discussing BMX bike history is incomplete without taking a look at where it currently stands as noted earlier, it has elevated into a global sport, and proof of such is its Olympic inclusion.

As a part of the sport’s natural evolution, different BMX types have been introduced for different needs, including the following:

The Future of BMX 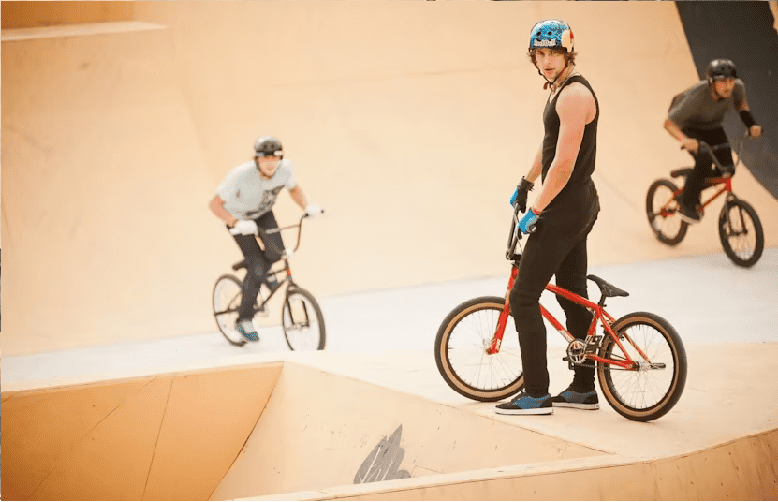 Before ending this article about the history of BMXing, let’s quickly talk about what the future holds. If the experts are to be asked, they are seeing a radical change in the design of BMX bikes to meet the changing user needs. From the brakes to the tires, we are expecting to see shifts in the construction of a BMX. More so, while it was initially popular in California and the United States, fans are noting that the future of BMX might be in Africa. Without proper infrastructure and lots of dirt roads, it is easy to understand why the BMX scene is thriving in Africa.

By now, we hope that you learned a few things about the history of BMX. It is rooted from motocross. It started when kids were imitating their idols, but instead of using a motorbike, they were using a regular bike. Through the years, the sport evolved, until it reached the Olympics.